Leases May Be Subject to CEQA Review 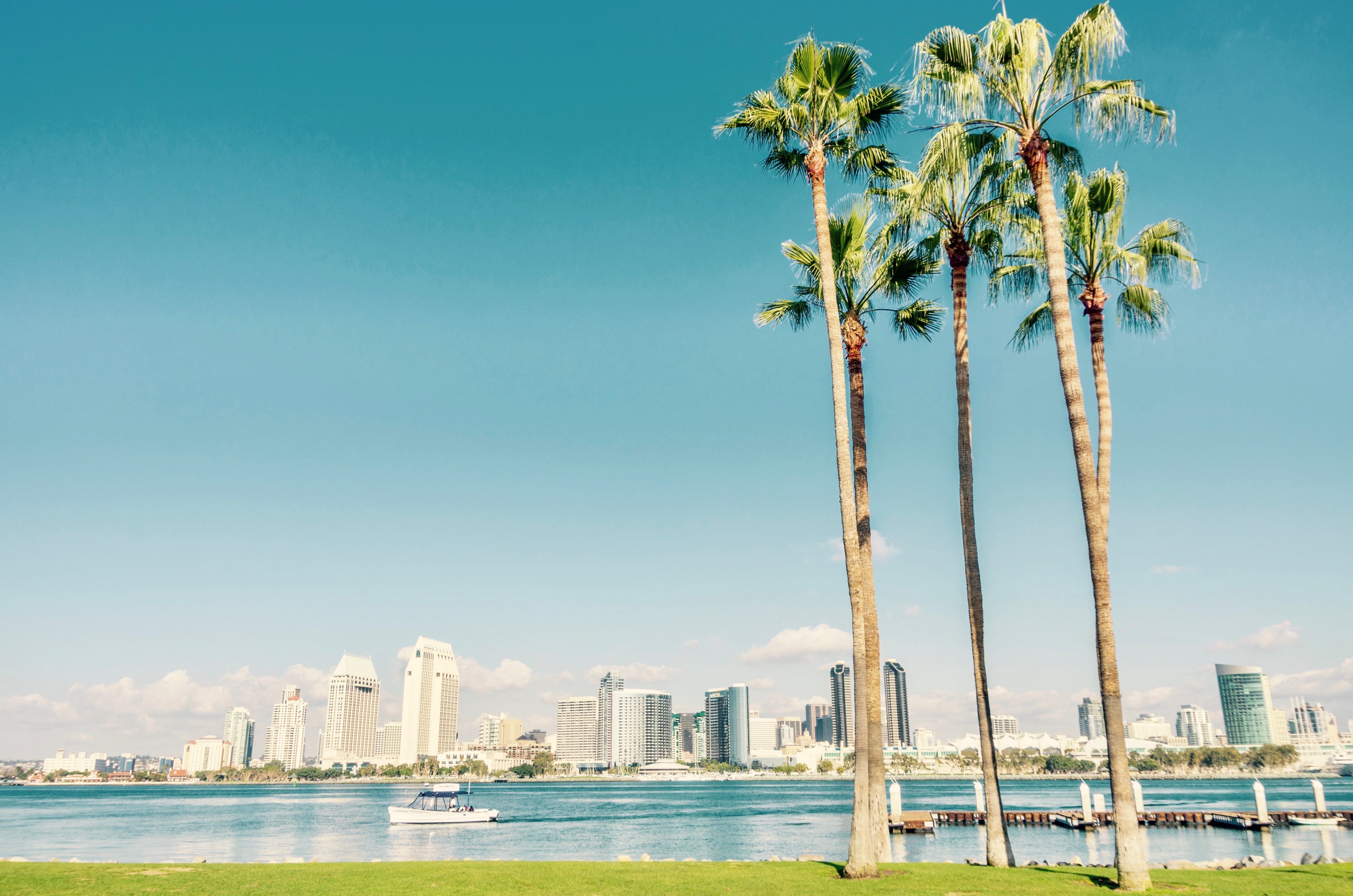 Private parties who plan to jump into a real property transaction with a public agency should be aware that their deal could be impacted or held up by the California Environmental Quality Act ("CEQA").

If not fully informed of the recent legal developments pertaining to CEQA compliance and real property, parties may find themselves unable to close the deal on time or caught up in lengthy and costly litigation.

The important takeaway is to ensure that a party’s overall risk assessment when conducting a real property transaction with a public agency include a line item for CEQA compliance. Failure to do so can often result in time delays and cost overruns not accounted for.

Understanding how CEQA works and when the environmental review must be conducted is imperative for all parties to understand before the deal is structured. A public agency must comply with CEQA prior when leasing, selling or acquiring property. Complying with CEQA is a statement packed with meaning. In its most basic terms, CEQA requires the public agency to determine if its action is even a “project” subject to CEQA. If it is, then the first step is to determine if the project fits within one of the many CEQA exemptions. If the project is not exempt, an initial study will be done to determine what type of environmental document is required to disclose any significant impacts and identify way to reduce those impacts through mitigation. These documents include a negative declaration, mitigated negative declaration (MND) and environmental impact report (EIR).[1] If an EIR is necessary, it can often take a year or more to complete.

This article is narrowly focused on “when” the agency must complete CEQA during a real property transaction. The discussion of other questions, such as: “is the project exempt from CEQA?” or “what type of CEQA document is required?” are important topics, but outside the scope of this article.

Below are three scenarios to illustrate when CEQA may be required. The first scenario is based on facts from the recent case Bridges v. Mt. San Jacinto Community College District.[2] Bridges provides clarity to the steps an agency can take in acquiring property prior to preparing and finalizing an EIR or other environmental document.

Facts: A community college district identifies a potential location to build a new campus facility and enters into an option agreement with the seller. While the option is open, the college begins environmental review under CEQA, including an initial study and early stakeholder outreach to understand what environmental issues could arise. The college even hires a consultant to create a physical master plan for the facilities which include concept parking, landscaping and an aggressive construction schedule. This plan is presented as an information meeting to the college board; but the board never takes action on it. They simply receive and file and the momentum appears to stall.

At the public hearing to approve the purchase agreement, a board member recalls past effort for the new campus facility expansion and expresses a desire that the site should become the intended location for a new campus facility. The board member also suggests an idea to expend potential bond funds on the expansion should the voters and board both approve the bond and expenditure at a later date. Eventually, the bond is approved by the voters based on a bond measure that included a list of potential projects — one of which was the new campus facility amongst several others.

Question: Under CEQA, was the college required to prepare an EIR prior to entering into the purchase agreement?

Reason: In Bridges[3], the appellate court reasoned that the execution of the purchase agreement did not trigger the duty to prepare an EIR because:

(1) the college had not passed a resolution formally selecting the site for its future campus;

(2) the board had not decided which of the projects it would spend the bond money approved by the voters;

(3) all the discussions by the board for use of the site were just discussions of possible uses and not binding commitments;

(4) the physical description of the future campus prepared by the consultant and presented as an information meeting to the college board were too vague and generalized to trigger meaningful environmental review; and

Question: Is conditioning the site on future CEQA compliance enough to allow the parties to proceed with the deal without completing CEQA?

Answer: Probably not. Under these facts, the CEQA document should likely be prepared prior to executing the agreement under these facts. Tip: in anticipation of the deal, the private party could have made an educated guess on CEQA early on and completed assumed technical studies and analysis that the agency could have vetted and may have relied upon to streamline the review process on the backend.

Reason: The CEQA guidelines require CEQA to be completed prior to the acquisition of a site for a public project.[4] In this scenario, the public agency tried to avoid completing CEQA early on by conditioning the future use of the site on CEQA compliance. The agency likely added this clause to try and catch the exception in the CEQA guidelines that allows a public agency to enter into a land acquisition agreement if the agency has conditioned the future use of the site on CEQA compliance.[5] Unfortunately, pursuant to case law, this is likely not going to be enough cover to avoid a CEQA challenge. The court has made it clear that the issue is not whether the public agency is “bound” to the transaction.[7] Rather, the focus is on the agency’s level of commitment to the project.[8]

Unlike Scenario 1 where the college had not passed any resolutions to use the site for a specific project or committed funds to said project, Scenario 2 presents a situation where the public agency is very committed to the project and has essentially foreclosed the ability to make changes to the project. The agency: (1) committed funds to the project; (2) entered into an ancillary agreement with a third party; and (3) approved the design for the building, essentially foreclosing the agency from making changes that may have been identified during the environmental review process. Therefore, the agency should have completed CEQA prior to entering into the purchase agreement.

Facts: A public agency plans to lease a building to a private party for a specific use. In anticipation, the agency sends out a request for proposals to lease the space, requiring a detailed scope of use from each respondent. The RFP contains language conditioning approval of the RFP on CEQA and allows the public agency to reject all proposals and terminate the RFP prior to the approval of the lease contemplated by the RFP.

Question: Did the agency violate CEQA by sending out the RFP?

Answer: The agency likely did not violate CEQA by sending out the RFP. However, if the agency were to select a proposal or enter into the lease without conducting CEQA, the agency will likely have violated CEQA.

Reason: “Under Save Tara, the critical question is ‘whether, as a practical matter, the agency has committed itself to the project as a whole or to any particular features, so as to effectively preclude any alternatives or mitigation measures that CEQA would otherwise require to be considered, including the alternative of not going forward with the project.’”[8] Entering into a lease with a private party for the specified purpose forecloses the agency’s ability to provide project alternatives to the project or mitigated that would ordinarily be part of the CEQA review. Therefore, CEQA should be complete prior to entering into the lease.

What Steps May be Taken to Protect the Transaction?

When selling or leasing property to or from a public agency, parties should consider entering into an option agreement to protect their interests while environmental review pursuant to CEQA is being conducted.

The parties should work with counsel to ensure that the option agreement contains language clarifies that the project/transaction is not deemed approved until after the project is reviewed in accordance with the requirements of CEQA. Also, since courts will look to the public agency’s overall commitment to the project, parties should consult counsel early on to gain an understanding of whether the project is exempt from CEQA or would require an environmental document be completed prior to an agency’s action.

Stephanie V.F. Smith is a Land Use and CEQA attorney at Grid Legal based in San Diego.

The opinions expressed are those of the author(s) and do not necessarily reflect the views of the firm or its clients. This article is for general information purposes and is not intended to be and should not be taken as legal advice.

[1] There are some circumstances where an environmental document had previously been adopted by a public agency and may still hold some value regardless of the year it was prepared. CEQA provides that several other documents may be prepared depending on these circumstances. These include Addendums, Subsequent MNDs and EIRs, and Supplemental or Focused EIRs.